Marcus Rashford has now raised over £20 million for the @FareShareUK food charity, according to a report in The Sun.

Rashford started the campaign on March 19th when he heard that schools around the country would close the following day.

The United star benefitted from free school meals as a child and decided to support the charity, who provide meals for kids whose family can’t afford them and who would normally rely on lunches provided by their schools.

The 22-year-old’s original aim was to raise £100,000, but the campaign has exceeded all of his expectations.

Guys, across the UK there are over 32,000 schools. Tomorrow all of these will close. Many of the children attending these schools rely on free meals, so I’ve spent the last few days talking to organisations to understand how this deficit is going to be filled. (1) 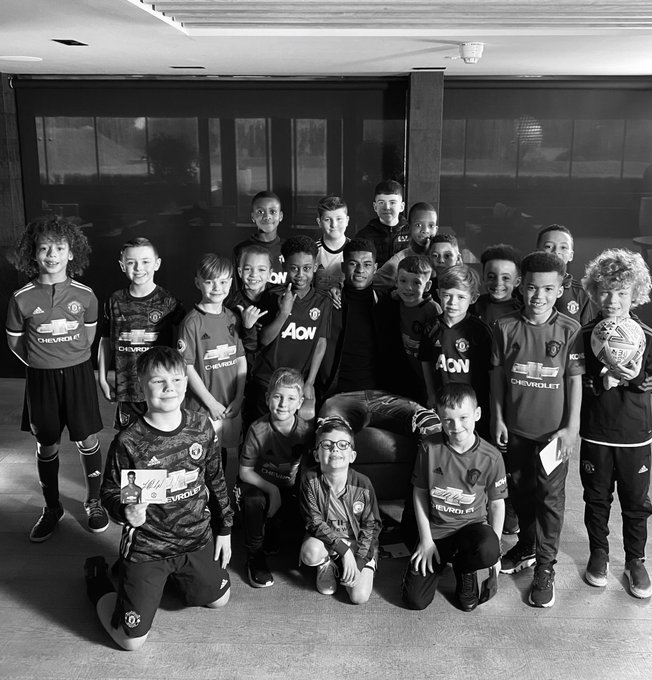 In addition to the £160,000 already raised by the public appeal, Tesco has pledged £15 million’s worth of food and Asda and The Co-Op £2.5 million in cash and £1.5 million in food, respectively.

The Sun also lists Pret a Manger and Pizza Express as sizeable contributors to the fund.

To put the achievement into perspective, Rashford has raised almost half of the amount that a whole Comic Relief or Children in Need campaign normally collects.

The academy graduate has been working with the charity for a year and has also made its largest single donation during that time.

‘I am just trying to impact the next generation in a positive way. I have done a lot of work with children and when I heard about the schools shutting down, I knew some kids would not be getting free meals’ the England forward said.

Rashford’s fantastic effort is a tribute to his positive outlook and maturity, attributes that Ole Gunnar Solskjaer values highly in his Manchester United squad.

While other clubs and players such as Liverpool, Aston Villa’s Jack Grealish and Manchester City’s Kyle Walker find themselves embroiled in stories of shame and scandal, Rashford and the United team as a whole have behaved impeccably so far during lockdown and have set a shining example to the rest of the Premier League.