Former President Robert Mugabe has sought to explain the fact that he cheated on his dying wife Sally Mugabe by having a hidden love affair with his then secretary Grace Marufu. Mugabe later married his mistress in 1996, making her First Lady.

In an interview with South African journalist Dali Tambo the 94 year old former Zanu PF leader claimed he revealed his love affair with Grace to Sally who “accepted the new relationship” before she died of a kidney failure in 1992.Asked about the affair with Grace, Mugabe said;

“It was not just the fact that one was attracted (to her). After Sally was gone it was necessary for me to look for someone and, even as Sally was still going through her last few days, although it might have appeared to some as cruel, I said to myself well, it’s not just myself needing children, my mother has all the time said, ah, am I going to die without seeing grandchildren?

“So I decided to make love to her. She happened to be one of the nearest and she was a divorcee herself, and so it was. We got our first child when my mother was still alive.”

Asked if he had told Sally about the love affair with Grace, Mugabe said: “I did tell her and she just kept quiet and said fine but she did ask, ‘Do you still love me?’ I said yes. And she said, ‘Oh, fine’.”

When Tambo asked the couple to look into each other’s eyes and emotional, Mugabe had this to say about his relationship with Grace: “When I said I wanted to marry her, I meant it.

“I said to her from that moment on if I had any girlfriends, I would leave them and that’s what I have done to recognise you and you alone as my partner. Whether you believed it or not, that’s what it has been.

“And that is why sometimes perhaps when you tend to be angry with me or perhaps I’ve not acted as quickly as you thought I should on certain matters, I have not reacted, I just kept quiet and allowed that to win.”

Turning to his daughter, Bona, Mugabe said described her as “very obedient” and “absolutely trustworthy”. He warned prospective suitors that they would be see as “a wolf who has come to seize one of my lambs – that’s the feeling.”

“But it must be a person of her own choice. My hope would be first, qualities of a good husband will live with her, because he loves her through thick and thin and not just look at her now as she still is that flower, attractive, blooming,.”

“She will have kids and quite a lot of what is now the real charm will disappear and the face will start having wrinkles. So he should not pit her at that time against up and coming younger ones, which is what most people do and as a result we gets lots of divorces.”

Meanwhile what we know is that Mugabe ‘snatched’ current wife Grace Mugabe from under the nose of then Airforce of Zimbabwe (intelligence officer) and husband Stanley Goreraza. Grace Marufu worked as Mugabe’s secretary before she became his mistress while still married to Goreraza.

At the time Mugabe’s first wife Sally Mugabe was battling a chronic kidney ailment while Mugabe was having an affair with Grace. The affair resulted in two children, Bona, named after Mugabe’s mother, and Robert Peter, Jr.

Sally was never able to have any children with Mugabe after their only son, Michael Nhamodzenyika Mugabe, born 27 September 1963, died on the 26th of December 1966 from cerebral malaria in Ghana where Sally was working.

Sarah Francesca (Hayfron) Mugabe, popularly referred to as Sally Mugabe, was Mugabe’s wife until her death in 1992. On the 17th of August 1996, Mugabe married his former secretary, Grace Marufu, 41 years his junior, with whom he already had two children while she was married to Goreraza.

Mugabe dealt with Grace’s husband, Wing Commander Stanley Goreraza by dispatching him to work as a defence attaché at the Zimbabwean embassy in China. Goreraza and Grace had one child, a son, Russell Goreraza, who now manages his mother’s extensive farm property, Gushungo Dairy.The couple only divorced between 1995 and 1996. 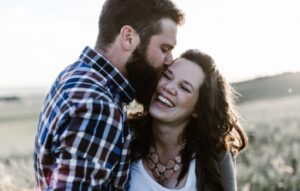 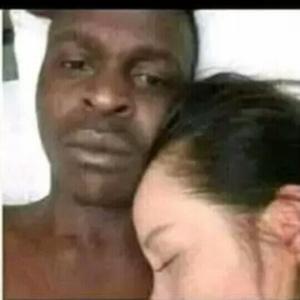