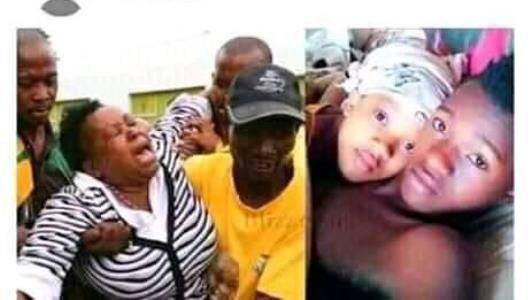 A Nigerian woman living in Lagos is reportedly dead of heart-attack after finding out her two daughters are pregnant for one man and that one man happens to be her 17 years old son Chinedu.

This boy by name Chinedu use to live with his master where he has been working in a spare part store for over two years. As a result of coronavirus and the lockdown, Chinedu had to go back home to the family house that has just 2 sleeping rooms, of which the father and mother are already using one.

Chinedu was left with no other choice than to be sleeping with her two elder sisters of 19 and 21 years old. But normally this calls for no alarm as they are her sisters and its normal for brother to sleep in same room with sister to a certain extend.

After a long period of lockdown Chinedu’s mother like any other mother started noticing strange reactions on her daughters and suspected pregnancy. She ask them to no avail before forcefully took them for a hospital pregnancy test that proves positive for both of them.

The question now was “Who are the fathers?”. After serious beatings from both parents one of them had to open up. And shockingly she reveal Chinedu their brother is th father of their both babies.

After receiving this shocking news, she collapse and was rush to the hospital where she later died in the evening after suffering from heart-attack.

Chinedu is currently no where to be found.